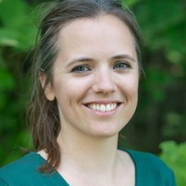 Anna Beyeler grew up in the Southwest of France, in Périgord, on the farm of her parents, surrounded by her four little brothers and her little sister. After obtaining her high school diploma in Bergerac, she received her undergraduate degree in Biochemistry from the University of Bordeaux.

Her training as an electrophysiologist roots in her doctoral work where she learned to use this approach to study the connectivity of spinal central pattern generators (CPG) controlling locomotion. As a postdoctoral fellow, at the Picower Institute for Learning and Memory of the Massachusetts Institute of Technology (MIT), she then combined electrophysiology to optogenetic approaches and identified neural circuit mechanisms underlying neural coding and retrieval of positive and negative memories.

Dr. Beyeler has recently been tenured as a Principal Investigator of the French NIH (INSERM) where she is establishing her independent research program to decipher the role of neural populations of the insular cortex in emotional valence and anxiety, using technologies at the forefront of circuit neuroscience.

Neurocentre Magendie, one of the institute of the French National Institutes of Health (institute national de la santé et de la recherche médicale, INSERM), located on the Neurocampus of the University of Bordeaux, France

Anxiety disorders include four major classes of psychiatric diseases (DSM-5) and represent the most prevalent psychiatric conditions, with an estimated prevalence of 18% among adults, and more than 28% over a lifetime. Despite the high personal and societal costs of anxiety disorders, few therapeutic targets have been identified for the treatment of anxiety, and available treatments have limitations.

Our research program aims at identifying cellular, synaptic and molecular alterations of circuits of the insular cortex in animal models of anxiety disorders. We also envision to develop strategies to restore those dysfunctions, with the long term goal to translate our fundamental findings to clinical trials.