Who we are > FENS-Kavli Scholars > DAVID BELIN 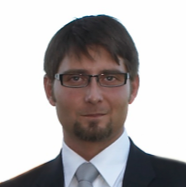 David Belin was born in France in 1979. When he was ten he moved to Bordeaux where he graduated in 2005 in Neuroscience and Neuropharmacology at the University of Bordeaux 2.

During his Ph.D. with Véronique Deroche-Gamonet he developed the first preclinical model of cocaine addiction based in the operationalization of multiple clinical criteria of the pathology as defined in humans.

David then moved the laboratory of Prof. Barry Everitt at the Department of Experimental Psychology of the University of Cambridge in January 2006. With his mentor David investigated the corticostriatal mechanisms of cocaine seeking habits and the relationships between impulsivity and compulsive cocaine self-administration, leading to a breakthrough in our understanding of the neurological and psychological mechanisms subserving individual vulnerability to cocaine addiction.

In 2009 David tenured at the INSERM and established his INSERM team in Poitiers (France) having received an INSERM AVENIR grant. His INSERM team research program was ranked first during the national evaluation of the INSERM in 2012. It focused on the psychological, neural and cellular mechanisms of individual vulnerability to compulsive disorders and their modulation by the environment.

Moving to the University of Poitiers was however a mistake both personally and scientifically and, in October 2013, David has been appointed Lecturer in Neuroscience at the Department of Pharmacology of the University of Cambridge where he has established his laboratory in a supportive environment.

Our research is interested in the neural, cellular and molecular substrates of inter-individual vulnerability to develop impulsive/compulsive disorders such as drug addiction or Obsessive-compulsive disorder. Our working hypothesis is that impulses, originating from the amygdalo insular networks can drive the behavior through explicit knowledge involving prefrontal and orbitofrontal loops or implicit mechanisms that instead depend upon the functional relationships of these structures with several domains of the striatum.

We suggest that inter-individual vulnerability to develop impulsive/compulsive neuropsychiatric disorders stem from aberrant plasticity processes within the corticostriatal networks governing the translation of impulses into actions that ultimately result in a so-called abnormal incentive habit process.

Our research is designed according to a vertical, top-down strategy with direct translational perspectives. It stems from a unique combination of contemporary techniques ranging from experimental psychology to causal manipulations of the brain with selective pharmacological tools, DREADDS or optogenetics and, correlational analyses of the brain using state of the art molecular biology and electrophysiology techniques.

Our program is subdivided in several converging lines of research:

1. The role of the insular cortex, and its interactions with the BLA and the ventral striatum, in drug addiction and OCD.
2. The nature of the functional interactions between the amygdala and the striatum subserving the establishment of compulsive incentive habits.
3. The cellular and molecular substrates of intrastriatal shifts subserving incentive habits.
4. The influence of the environment on inter-individual differences in the vulnerability to develop impulsive/compulsive disorders.