Who we are > FENS-Kavli Scholars > DAVID DUPRET 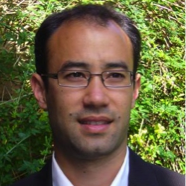 David Dupret is a French-born behavioural neurophysiologist working at the MRC Brain Network Dynamics Unit, University of Oxford. David completed his Ph.D. in Neuroscience at the Institute François Magendie (INSERM, University of Bordeaux, France), for which he received the French Neuroscience Association’s 2007 Ph.D. prize of the year. David has also held an ‘Agrégation ès’ Biological and Earth Sciences (Ministry of Education, France) since 2000. After graduating, David joined the group of Prof. Jozsef Csicsvari at the MRC Anatomical Neuropharmacology Unit in September 2007 as a Visiting Fellow, successively funded by the ‘Institute of France’ (Foundation Louis D. Research Fellowship 2007) and the International Brain Research Organisation (IBRO Research Fellowship 2008). In 2009, David was appointed as a MRC Investigator Scientist, and also joined St Edmund Hall College, Oxford, as a Fellow in Neuroscience. David was appointed to a MRC Senior Scientist position in 2011, and promoted to tenured MRC Programme Leader in 2015. The general aim of his programme is to investigate neuronal dynamics in the hippocampus and related circuits during the formation of spatio-contextual memories and the expression of adaptive behaviours.

Centre for Neuroscience INSERM U862, University of Bordeaux, France

Dr. Dupret seeks to understand how the coordinated activity of neurons forming cell assemblies in the brain represent the external world, and answer the key question: what are the mechanisms underlying the expression and persistence of such representations in memory? To address these issues, David’s group uses multichannel recording techniques, combined with optogenetics, in behaving mice to monitor and manipulate neuronal representations of space in the hippocampus. David’s early work was pivotal in showing that memory updating relates to the emergence of new spatial representations that flicker with, and vie for dominance against, the previously-established representations (Dupret et al, Nature Neuroscience 2010). In follow-on work, David reported that such a competition between representations is orchestrated by a dynamic reorganisation of inhibitory circuits (Dupret et al, Neuron 2013). He then continued to break new ground by establishing an instrumental role for midbrain dopaminergic neurons in the ability of the hippocampus to reactivate newly-learned representations during sleep, thereby promoting memory persistence (McNamara et al, Nature Neuroscience 2014). Most recently, David’s group discovered that silencing hippocampal neurons representing a spatial environment enables the emergence of an alternative population code for the same space. Taking advantage of this observation, David’s group established that a hippocampal spatial representation paired with the experience of a drug of abuse can be recoded to a neutral representation (Trouche et al, Nature Neuroscience 2016). Ongoing work aims to define the coordination of activity in large neuronal networks to decipher inter-areal mechanisms underpinning adaptive memory.