Who we are > FENS-Kavli Scholars > GAIA NOVARINO 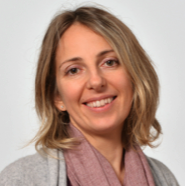 Gaia Novarino, an Italian native, obtained the Ph.D. in developmental biology from the University “La Sapienza” (Rome, Italy) in 2006. As a graduate student in Rome, she employed electrophysiology and cell biology techniques to study the role a putative chloride channel in microglia activation. In 2004 she moved to Germany where she joined the laboratory of Thomas Jentsch at the Max Delbruck Center for Molecular Medicine (Berlin, Germany). In the Jentsch’s lab she developed a project that contributed significantly to the understanding of the basic mechanism underlying Dent’s disease, an X-linked disorder caused by mutations in CLCN5. While in Thomas Jentsch’s lab, she also studied CLCN4, a chloride transporter associated with intellectual disability. Ever since she has developed a strong interest in studying neurological disorders.

In 2010 Gaia moved to San Diego (California, USA) where she joined the laboratory of Joseph J. Gleeson at UCSD. In the Gleeson’s lab she employed human genetics, functional and network analysis to identify and study novel genetic causes of epilepsy, autism and intellectual disability.

My main research interest is to identify and study genes underlying inherited forms of neurodevelopmental disorders such as autism, intellectual disability and epilepsy. Neurodevelopmental disorders affect millions of people, and are often refractory to treatments. The causes of these disorders remain unknown for the majority of cases. Of these, a significant number have a genetic basis and many causative genes remain to be identified. With DNA sequencing being more accessible, the genomes of many patients can be analyzed and more disease-causing genes will be recognized. Even though we predict that each identified gene may represent only a tiny fraction of the total genes involved in these disorders, studying the mechanisms underlying rare inherited forms of neurodevelopmental disorders can be extremely helpful. For instance, similarities among the function of genes implicated in autism, intellectual disability and epilepsy may point to a smaller number of pathways that are generally affected in neurodevelopmental disorders. Thus, in my laboratory we are employing in vitro and in vitro models to study and compare a number of genetically defined forms of autism, epilepsy and intellectual disability.