Who we are > FENS-Kavli Scholars > LARS SCHWABE 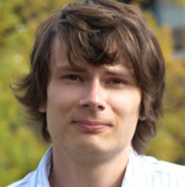 Lars Schwabe is a Professor of Psychology at the University of Hamburg, Germany. He obtained his Diploma in Psychology from the Ernst-Moritz-Arndt University Greifswald, Germany. In 2008, he earned a PhD (summa cum laude) in Psychobiology from the University of Trier, Germany. As part of his PhD project, he worked also at the University of Leiden, The Netherlands. After his PhD, he did a post-doc at Ruhr-University Bochum, Germany, and McGill University, Canada. He spent a year as visiting professor at Heinrich-Heine-University Duesseldorf, Germany, and as a Heisenberg scholar at Ruhr-University Bochum, before he became Professor of General Psychology at Hamburg University. Lars Schwabe is author of more than 50 peer-reviewed publications in leading neuroscience and psychology journals. He won several large scale grants and received several scientific awards. For instance, he has been assigned as “Rising Star” by the Association for Psychological Science (APS) in 2011 and received a Young Investigator Award from the International Society for Psychoneuroendocrinology (ISPNE) in 2010 as well as from the European Brain and Behaviour Society (EBBS) and the German Psychological Society (Section Neuropsychology and Biological Psychology) in 2011.

The research of Lars Schwabe focusses on the impact of stress and emotion on learning and memory processes. At the intersection of psychology, neuroscience, and endocrinology, he combines sophisticated behavioral experiments with neuroimaging techniques, behavioral genetics, and pharmacological manipulations, mainly in humans, in order to unravel how stressful experiences and emotional arousal may shape our memories. Together with his colleagues, he could show that stress promotes a shift from flexible hippocampus-dependent memory towards more rigid striatum-dependent memory and that this shift is mediated by the mineralocorticoid receptor. Likewise, he and his colleagues could show that stress favors dorsolateral striatum-dependent habit learning at the expense of orbitofrontal cortex-dependent goal-directed learning. These findings led him to conclude that stressful experiences induce a shift from flexible but cognitively-demanding forms of learning and memory to more rigid but simple ones. Using fMRI, he could show that this bias is mainly owing to a stress-induced impairment of the more cognitive systems. In addition to the impact of stress on learning and memory, Lars Schwabe examines the dynamics of memory formation, with a particular focus on the phenomenon of memory reconsolidation, as well as decision-making and action processes and their bases in the human brain.