Who we are > FENS-Kavli Scholars > MANUEL MAMELI 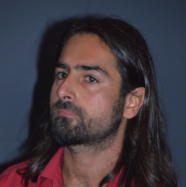 Manuel Mameli was born and raised in Sardegna (Italy). After obtaining his master degree in Neuroscience at the University of Cagliari, he moved for a predoctoral fellow in the laboratory led by Prof. C. Fernando Valenzuela at the University of New Mexico. He received an in depth training as an in vitro electrophysiologist by Dr. Mario Carta and Prof. C. Valenzuela. Manuel became interested in the acute modifications at excitatory and inhibitory synapses after ethanol exposure in the immature and mature brain. After this period Manuel began his doctoral studies at the University of Geneva (Switzerland) in the laboratory of Prof. Christian Lüscher, where he also stayed as a postodoctoral fellow. In Geneva, Manuel combined synaptic physiology, with 2-photon imaging to dissect the synaptic modifications in the mesolimbic dopamine circuits promoted by in vivo drug exposure. Among the major results, he highlighted a hierarchical organization of cocaine-evoked synaptic plasticity underlying drug-driven behavioral phenotype. In September 2010, Manuel joined the Institut du Fer à Moulin INSERM Unit 839 directed by Dr. Jean-Antoine Girault, as a Junior Group Leader. Manuel was initially supported by a Chair of Excellence obtained by the Paris School of Neuroscience (ENP). During the last four years Manuel obtained a Research position at INSERM, and obtained substantial funding from INSERM, the City of Pairs as well as the European Council with an ERC Starting Grant. The overall aim of the research in the Mameli Lab aims is to dissect the functional synaptic circuit underlying reward and aversive encoding.

Goal directed actions aimed to obtain a reward or escape a danger motivate our behaviors and influence our decisions. In this context midbrain dopamine neurons activity and therefore dopamine release are modified by rewarding and aversive stimuli as wells as external cues predicting them. What neural structure master and control the midbrain during this processing? The Lateral Habenula plays a central role in this regulation since it instructs dopamine neurons during salience encoding. However the cellular properties characterizing lateral habenula neurons, their capacity to adapt upon rewarding or aversive experience and the causal links between these modifications and specific behaviors remain unresolved.

The general interest of the Mameli Lab is to dissect the synaptic circuits implicated in the encoding of salience-related events that are either rewarding or aversive by combining synaptic physiology with viral based mapping and optogenetics. Our research aims to understand the role of synaptic modifications occurring in the lateral habenula in mediating behavioral adaptations in physiological and pathological states including depression and addiction.

We predict that dysfunction and maladaptations in the lateral habenula have profound repercussions in midbrain structure and may be central in the etiology of these disorders.