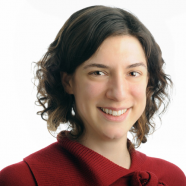 Marta Zlatic was born in Zagreb, Croatia, where she spent her childhood and schoolyears. From an early age she had a passion for languages, literature, theatre, and biology. She is fluent in seven languages and literate in Latin and Ancient Greek. She was always fascinated by the brains ability to generate complex behaviors such as language. She decided to become a neuroscientist and investigate the neural basis of behavior. She received a full scholarship from Trinity College, University of Cambridge, U.K. for her undergraduate degree and she obtained a B.A. and M.SCI. in Natural Sciences in 2000. She read a Ph.D. degree in Developmental Neurobiology in the laboratory of Professor Michael Bate, Department of Zoology, University of Cambridge and received the Thomas Henry Huxley Award 2005 from the Zoological Society of London for the outstanding Ph.D. thesis of the year. She obtained the Trinity College Junior Research Scholarship and a Wellcome Trust Prize Fellowship for her post doc, which she completed in the laboratory of Professor Michael Bate and Professor Wesley Grueber at Columbia University, U.S.A. She started her own lab at the HHMI Janelia Research Campus in 2009 investigating the circuit mechanisms of action selection using the tractable model system Drosophila larva. For her contribution to the field she was awarded the Eric Kandel Young Neuroscientist Prize 2017. Recently she was appointed a Reader at the University of Cambridge, U.K., where she will continue this line of research.

Reader in Systems and Circuits Neuroscience, University of Cambridge

Zlatic is ultimately interested in generating a complete description of how the nervous system selects and controls actions. Zlatic uses an interdisciplinary approach in the tractable model system, the Drosophila larva, that combines synaptic-resolution circuit mapping with physiology and optogenetic manipulation of neural circuits. This model system is ideally suited for elucidating the circuit implementation of fundamental neural computations because it has a limited number of neurons in it CNS (10,000), but has a rich behavioral repertoire, and it is perfect for all kinds of genetic tricks. Furthermore, it is amenable to EM reconstructions for circuits with synaptic resolution. Research in the Zlatic lab centres on the following key questions: How does the brain compute the bias towards each behaviour based on multiple sensory inputs present in the environment and previous experience? How does the brain perform a winner-take-all computation to select one behaviour based on even the slightest net bias and suppress all competing actions to enable a decisive, coordinated and unified response? How does the brain control transitions from one action onto the next action to produce innate or learnt sequences of actions? How does the brain compute the errors between the expected (predicted) outcome of the decisions and the actual outcome to drive learning and improve future decision-making?