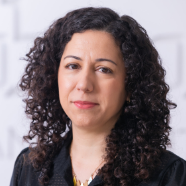 Sexual dimorphisms in brain structure and function are evident across phylogeny, but little is known about sexually dimorphic features of individual neurons, and the mechanisms for establishment and maintenance of dimorphic neuronal circuits. My lab investigates how sexually dimorphic patterns in the brain emerge, from synapse formation to animal behavior.

We have recently demonstrated the involvement of the ubiquitin-proteasome system (UPS) in sex-specific synapse pruning. We found that the UPS promotes degradation of the netrin receptor DCC/UNC-40 in a particular neuron only in one sex, leading to sex-specific patterns of synaptic connections. Our results demonstrate that UPS pathways have the potential to reconfigure the nervous system via synapse elimination in a spatial and temporal manner, and to accommodate the need for sex-specific circuit structure and function. Building on these results, we are currently i) investigating the role of DCC/UNC-40 in synapse stabilization, organization and maintenance ii) studying the role of UNC-40 in dopaminergic neurons during health and disease.

In parallel, we seek to elucidate how genetic sex modulates circuit dynamics. The underlying mechanisms can only be currently resolved in C. elegans, where the connectome of the nervous system for both sexes has been mapped. Using technologies such as optogenetics, calcium imaging, trans-synaptic labeling and single-cell transcriptome analysis we reveal a significant difference in the way the two sexes respond to nociceptive stimuli. Detailed circuit analysis reveals that the neuronal dynamics and connectivity of sex-shared neurons are shaped by their sexual identity to define the activity of circuits and ultimately, of behavior.