Who we are > FENS-Kavli Scholars > STEVEN KUSHNER 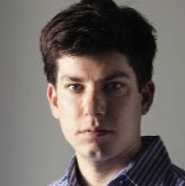 Steven Kushner is Professor and Chair of Neurobiological Psychiatry at the Erasmus University Medical Center (The Netherlands). He completed his undergraduate degree summa cum laude at the University of Pennsylvania (1993-1997), with a major in Neuroscience and concentration in Chemistry.  During his undergraduate studies, he participated in the development of the first technetium-based radiotracer for human in vivo imaging of the dopamine transporter in the laboratory of Hank Kung.  In 1997, he was awarded a National Institutes of Health (NIH) Medical Scientist Training Program (MSTP) Fellowship to pursue an M.D. and Ph.D. at the University of California Los Angeles (UCLA). During his Ph.D. thesis research in the laboratory of Alcino Silva, he received a National Research Service Award (NRSA) to investigate fundamental mechanisms of learning.  His findings led to the identification of a novel Ras-dependent mechanism of presynaptic plasticity, and described how neuronal selection within a local amygdala microcircuit governs Pavlovian fear conditioning.  From 2005-2008, he completed a psychiatry residency at Columbia University Medical Center and the New York State Psychiatric Institute.  In 2008, he joined the Department of Psychiatry at the Erasmus University Medical Center.  He is the Coordinator of the Institute for human Organ and Disease Model Technologies (hDMT) brain-on-a-chip program, Founding Member of the ENCORE Center for Neurodevelopmental Disorders, Co-Director of the Academic Center of Excellence for Population Neuroscience, Executive Committee Member of the European Molecular and Cellular Cognition Society (EMCCS), and Chair of the 2016 Dutch Neuroscience Meeting.

Our laboratory is focused on advancing the clinical and pathophysiological understanding of psychiatric diseases. In particular, our approach has been to focus on those psychiatric diseases for which the primary etiological event is known. Towards this goal, we have established a family-based genetic study of severe mental illness using linkage-based exome sequencing and induced pluripotent stem cell modeling, collaborated in the ascertainment of the largest prospective cohort in the world of women with first-onset postpartum psychosis, and continued leveraging mouse models for understanding the molecular and cellular mechanisms of genetically-defined neuropsychiatric disorders. To date, we have participated in important collaborative studies of translational models of neuropsychiatric disorders regarding postpartum psychosis, schizophrenia, Angelman Syndrome and Neurofibromatosis type I. Most recently, we have elucidated novel familial exome variants associated with depression and schizophrenia in which human induced pluripotent stem cell modeling revealed an important contribution of glial cell biology to the underlying disease pathophysiology.