Who we are > FENS-Kavli Scholars > TARA SPIRES-JONES 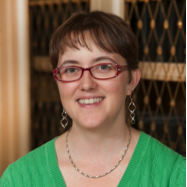 Tara Spires-Jones, DPhil joined the University of Edinburgh as a Reader and Chancellor’s Fellow in 2013 where she runs a group focusing on the causes of cognitive decline in dementia and ageing.   Her academic career started at the University of Texas at Austin where she earned a Bachelor of Science in Biochemistry and a Bachelor of Arts in French in 1999.  During her undergraduate degree, Tara studied for a year at the Université Paul Sabatier in Toulouse, and as a result of her desire to return to Europe, she applied for and won a prestigious British Marshall Scholarship to fund graduate studies in the United Kingdom. Her D.Phil. work was carried out at the University of Oxford with Prof. Sir Colin Blakemore and Dr. Anthony Hannan studying environmental influences on synapse development and degeneration. After her D.Phil, Tara decided to apply her expertise in synaptic degeneration to Alzheimer’s disease, moving to Massachusetts General Hospital (MGH) and Harvard Medical School for postdoctoral training with Prof. Brad Hyman from 2004-2006.  She then started a group to study Alzheimer’s disease pathogenesis with an emphasis on synaptic pathology at MGH and Harvard Medical School, where she was Instructor from 2006-2011 and Assistant Professor from 2011-2013.

Tara Spires-Jones’ group investigates the causes of cognitive impairment in neurodegenerative diseases and ageing.  A main focus of the group is how the proteins involved in the neuropathological lesions in Alzheimer’s disease (amyloid beta and tau) contribute to synapse loss, which is the strongest pathological correlate of dementia progression. During her time as an Instructor at Harvard Medical School, Tara’s group observed that synapse loss around plaques can be reversed by removal of soluble amyloid beta, and she developed techniques to image neurofibrillary tau pathology in the living brain for the first time. This paved the way for her studies showing that tangles form rapidly after activation of caspases, and that soluble tau is toxic to synapses.  As an Assistant Professor at Harvard Medical School, Tara’s group applied array tomography, a cutting edge imaging technique for multiplex imaging of synapses post-mortem, to AD models and human AD tissue and found that soluble amyloid beta is present at synaptic structures where it is toxic both in mouse models and in human AD.  Tara has now brought the array tomography technique to Europe and has implemented tissue collection for this technique into the stream of human brain banking in Edinburgh. By using animal models to test disease pathways and human tissue to validate the relevance of these pathways to the human disease, she hopes to find effective therapeutic targets.