Who we are > FENS-Kavli Scholars > TOM BADEN 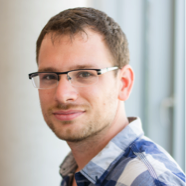 Following his undergraduate studies in Natural Sciences at Cambridge, UK (2004) Tom joined the lab of Dr. Berthold Hedwig at the Cambridge Department of Zoology for his PhD, which he completed in 2008. He then joined the lab of Prof. Leon Lagnado at the MRC-LMB, Cambridge for a two-year post-doc, before taking up a second postdoc position in the lab of Prof. Thomas Euler at the Centre for Integrative Neuroscience (CIN) and Bernstein Center for Computational Neuroscience (BCCN) in Tübingen, Germany in 2010. Here, Tom completed his Habilitation at the Medical Faculty of the University of Tübingen in 2016. Subsequently, he successfully applied for an ERC Starter Grant and took up his current position as Senior Lecturer in Neuroscience at the University of Sussex, UK.

Tom’s research background is in experimental visual and auditory neurophysiology, where in recent years he has been concentrating on the retina of zebrafish and mice. By combining two-photon imaging techniques, electrophysiology and statistical modeling he studies single-cell and population coding of visual signals in the retina.

In addition to his regular research work, Tom is also co-founding director of the science-education NGO TReND in Africa (www.TReNDinAfrica.org). In this capacity, Tom and his colleagues collaborate with African universities to support teaching, promote an open source / open access model to scientific research and to foster Africa-European collaborations and exchange.

We are interested in how individual and small groups of neurons arranged into microcircuits break sensory patterns into parallel, highly specific representations of the outside world. Our lab uses a combination of 2-photon imaging of genetically encoded biosensors, electrophysiology, patterned light stimulation and computational modelling to probe the visual processing of individual and networks of neurons in the retina and brain of zebrafish and mice. We also study the distribution of visual features in the natural visual world to better understand how different visual systems have evolved to optimally process their own natural input.