Who we are > FENS-Kavli Scholars > ILKA DIESTER 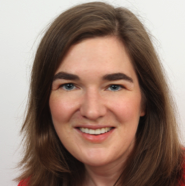 lka Diester studied biology with a focus on molecular and computational aspects at Humboldt University in Berlin. In 2008, she received her PhD about the “Representations of numerical formats in the monkey association cortex’ in the laboratory of Andreas Nieder in Tübingen. Her PhD work was awarded with the Academy prize for Biology of the Academy of Science of Göttingen in 2009. Supported by the Human Frontiers Science Program, Ilka spend three years as a postdoctoral fellow in the labs of Karl Deisseroth and Krishna Shenoy at Stanford University where she established optogenetics in monkeys. After her postdoctoral phase, she returned to Germany in 2011 and established her own lab at the Ernst Strüngmann Institute for Neuroscience in Cooperation with Max Planck Society, where she combined her previous research fields and techniques, namely cognitive neuroscience, electrophysiology, molecular biology, optogenetics, and motor control. For her work, Ilka received the Boehringer-Ingelheim award in 2012 and the TILL Photonics Technocology Prize 2013. Further, Ilka was awarded the Bernstein Award for Computational Neuroscience in 2012, and the ERC Starting Grant in 2013. In 2014 Ilka was appointed as Professor of Optophysiology at the University of Freiburg. Her research group is funded by the BrainLinks-BrainTools Cluster of Excellence. Ilka dedicates her free time to her family, sports, and outdoor activities.

The ability to move is a fundamental feature of most animals which allow them to actively interact with our environment. We are investigating the underlying neural mechanisms and circuits of this ability. We do so with electrophysiological recordings and optogenetic manipulations combined with behavioral analysis in rodents. We look into the local processing of movement preparation and generation in the motor cortex as well as higher order structures, e.g. prefrontal cortex. The goal is to create a better understanding of how neural subpopulations and pathways within and across brain areas influence motor behavior. In order to address these scientific aims we are constantly working on improving the existing techniques. We currently focus on the design of new optoelectronic probes and targeting strategies. Apart from advancing our basic knowledge about the neural mechanisms of movements, our results might help improving the design of new prosthetic devices and understanding of disorders in which the normal production of movements is disrupted.