With this prize, The ALBA Network and the The FENS-Kavli Scholars (FKNE) wish to highlight a scientist or group that has made outstanding contributions to promoting equality and diversity in brain sciences.

The promotion of equality and diversity — e.g. by gender, race, sexual orientation, class, or culture— in research depends upon leaders and role models that catalyse a full integration of all scientists across academic levels. This annual award will recognise an individual or group that has made outstanding contributions to this effort, including but not limited to advocacy, mentorship or the creation of diversity-promoting initiatives.

This Diversity Prize is awarded annually by the ALBA Network and FKNE, at the FENS Forum in even years, and at the FENS Regional Meetings (FRM) in odd years.

Prize: The awardee receives €2.000 and financial support to cover travel and participation for one person in the conference where the prize is awarded (up to an additional €2.000, depending on actual costs).

Procedure: Both nomination of someone else or a group of individuals and self-nomination are encouraged. Nominations should include a statement (max. 1 page) indicating the merits of the nominee or group on promoting equality and diversity in the field of brain sciences and any relevant activities organised by the nominee or group to contribute to this goal.

The awardee of the ALBA-FKNE Diversity Prize 2021 was announced during the FENS Regional Meeting 2021 (FRM).

The Winner of the ALBA-FKNE Diversity Prize 2021 is Prof. Marian Joëls 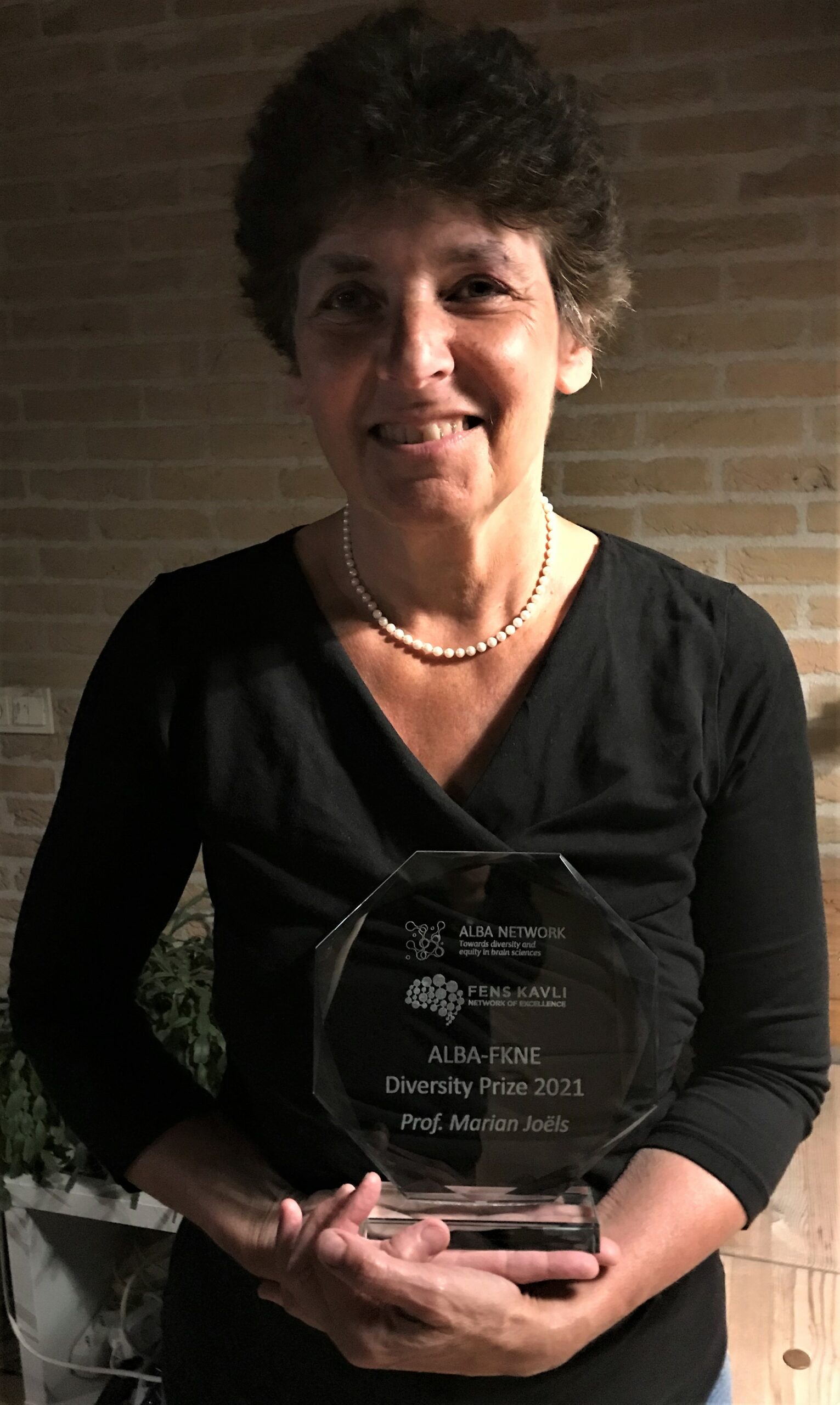 Professor of Neurobiology of Environmental Factors, University of Groningen, the Netherlands

Prof. Joëls received this award for her constant efforts in fostering gender equality in neuroscience.

Learn more about Prof. Joëls and why she was awarded this prize here.

The next call for ALBA-FKNE Diversity Prize will open in January 2022. Learn more about Prof. Schuman, and why she was awarded with this prize here.