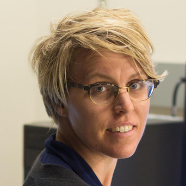 Lora received her undergraduate degree in Biology from Harvard University in 2003. At Harvard, she spent four years as an undergraduate researcher in the laboratory of Michael E. Greenberg, where she became fascinated by how the brain develops its hallmark molecular, anatomical and circuit complexity.

Motivated by this desire, she joined the laboratory of Dr. Liqun Luo at Stanford University for her graduate studies. In the Luo Lab, she exploited the precise connectivity of the fruit fly olfactory system to decipher new principles of neural circuit wiring during development. For her work, she received the Developmental and Neonatal Biology Predoctoral and Lieberman Fellowships. She completed her PhD in Neurosciences in 2011.

She then embarked on a joint postdoctoral fellowship in the laboratories of Drs. Thomas M. Jessell (Columbia University) and Christopher R. Kintner (Salk Institute of Biological Studies) in 2011. For her postdoctoral work, she defined how motor circuits are molecularly specialized for different forms of movement and was awarded a Damon Runyon HHMI Fellowship in 2012.

In July 2020, Lora was appointed an Assistant Professor at the Institute of Science and Technology (IST) Austria. Her group seeks to understand the neural basis and molecular mechanisms that drive the transition from swimming to walking during frog metamorphosis and vertebrate evolution.

Over ~200 million years, as vertebrates transitioned from swimming to limb movement, their circuits changed from repeated units of several, to interconnected networks of hundreds of, excitatory/inhibitory cell types.  Which cell type, circuit and behavioral features were conserved during this transition and which emerged to meet the demands of land-based, four-limbed movement?  What molecular mechanisms drove these changes?

The Sweeney Group aims to use frog metamorphosis to unpack the molecular, cellular and behavioral components of this swim-to-walk transition, and in one organism, define the common/divergent circuit features for these two locomotor behaviors, and the mechanism that drives their specification.

This will generate hypotheses of circuit adaptations and driving forces of vertebrate evolution from water to land.  To test these hypotheses, we additionally compare motor circuits across species (fish, frogs and mice) to identify conserved/divergent features and interrogate their function across evolutionary time.