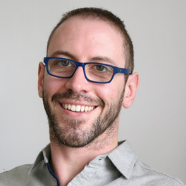 Originally trained as a pure mathematician, Timothy dropped out of a PhD on hyperbolic geometry to study the brain. After retraining as an experimental physiologist, he obtained a doctorate from the University of Edinburgh in 2009, then pursued a mixture of theoretical and experimental research on homeostasis, neural circuit dynamics and neuromodulation. From 2012-2016 he worked with Prof Eve Marder in Brandeis University, USA, where he developed theory that reconciles variability of neural circuit properties and structure with reliable function. For this work he was awarded the Gruber International Prize in 2014. In 2016 he embarked on mission to try to bring together control engineers and neuroscientists, forming an ERC-funded research group in the Department of Engineering at the University of Cambridge where he is currently a faculty member. In 2017 he became a HFSP Young Investigator, leading an international collaboration between his research group and experimentalists in the Weizmann Institute of Science and Harvard Medical School. He is a reviewing Editor for eLife, where he specialises in computational neuroscience and neurophysiology. He advocates within and outside his institution for ways to improve cross-disciplinary communication, public understanding of science and better representation of women and underrepresented groups in academia. He was elected a FENS-Kavli Fellow in 2021.

Timothy’s research interests lie at the intersection between physiology, computation and feedback control. His goal is to understand in specific cases and in the simplest possible way how nervous systems self-organise, adapt and fail, and connect these to diversity and variability in nervous system properties. Throughout his career has worked as both an experimentalist and theoretician in invertebrate, vertebrate and single cell preparations. In his current work he works closely with experimentalists to study how sensorimotor information is represented in the brain and how this representation evolves over time at the level of cortical neural populations. This has led to recent insights in how memories can be formed and maintained in the absence of stable synaptic connections, and how neural circuit size influences learning performance. He approaches these problems from an unusual perspective, building up theory from observations in supposedly ‘simple’ nervous systems in invertebrates and even single neurons. He continues to work on these problems, studying neuromodulation of invertebrate circuit dynamics, cellular signalling and homeostatic regulation of single neuron properties at the cellular level.